P&B’s approach to retrofit is centered on function and fit to ensure your outage time is as short as possible. 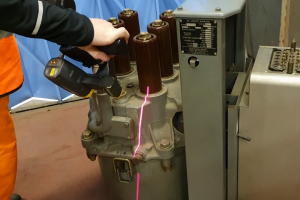 The site survey is a critical part of the process, P&B laser scan the entire breaker in both the racked down and fully racked positions as well as the internal space of the cubicle.

The laser scan allow us to create a 3D model of the original breaker and we compare this to the existing retrofit design, if features are different or dimensional differences exist we can accommodate them before we commit parts to manufacture.

This is all part of our method to ensure your replacement breaker fits your panel.

We have observed that circuit breakers wearing the same badge are not necessarily identical copies of each other, general product evolution – improvements to guidance features , shutter operations, secondary pin boards often change and add to the subtle diversity and variety of historic oil filled switchgear. Additionally switchgear production moving between factories amid takeovers, acquisitions and the amalgamation of designs has lead to product differences.

Measurements taken with other more traditional methods and dimension taken from changing origin points are just not as certain as a fully formed 3D scan of your original equipment.

The laser scanning process does take away the ambiguity of the dimension checks – many projects which we have completed in the UK and overseas have benefited from this unique method of data capture.

The scanning process is relatively quick, taking approximately 2-3 hours to capture both racked up and down positions. The data capture is then processed to eventually produce a useable CAD model.

The pictures below show the refining process of a CAD model which is generated from a laser scan. 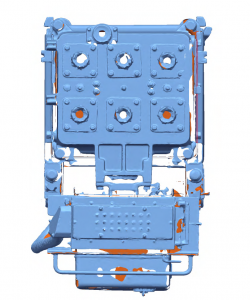 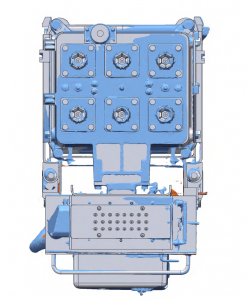 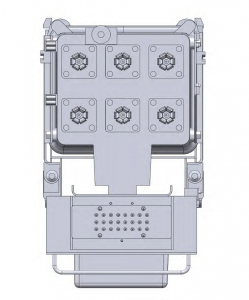 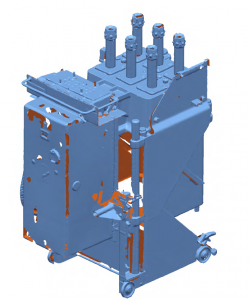 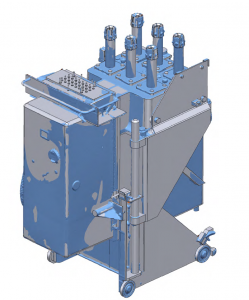 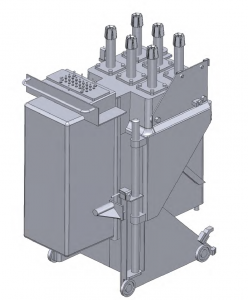